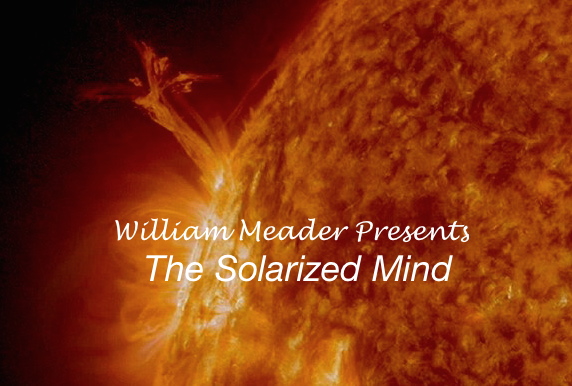 This program is presented as a series of 9 modules comprising a full-day seminar presented by William Meader. Titled The Solarized Mind: The Soul and its Angelic Companion, this series provides a deep exploration into the nature of human consciousness, particularly as it relates to the mind of the soul (solarized mind), the causal body and the angelic entity that give substantial support to the development of higher consciousness.

In this program introduction, a broad overview is presented of the topics that will be covered in the following 9 sections of the complete series.

Part 2 presents a discussion designed to better understand the concept of the Solarized Mind, as well as ways to recognize it functioning within oneself. Includes link to download course handouts.

Part 3 focuses on the ‘Human Constitution’ and its essential role in understanding the Causal Body and the Solar Angelic life that overshadows and supports it.

The emergence of the Angelic Kingdom within a cosmic context is explored in Part 4, as is how it interfaces with the Human Kingdom resulting in the manifestation of consciousness. Audience questions pertaining to the building of the Antahkarana, the evolution of our solar system and the Divine Feminine are addressed.

Part 5 highlights the differences between solar and lunar angelic lives. Questions regarding the manifestation of duality, the Will of the Logos (God) and the esoteric correlate to the biblical notion of the Fallen Angels are addressed.

Part 6 offers a comprehensive look at the twelve petals of the Causal Body, and how each (when unfolded) adds to the quality of human consciousness. In addition, a variety of questions are addressed having to do with the length of time needed to fully open these petals, as well as the nature of time itself… as humanly perceived.

An understanding of the Synthesis Petals is presented in Part 7, as well as their relationship to the changes in consciousness occurring between the Third and Fourth Initiations. Questions related to Kundalini, Akasha and the myth of Atlantis are also addressed.

Part 8 explores the triadal nature of the Solar Logos. The Physical Sun, Heart of the Sun and Central Spiritual Sun are each comprehensively discussed and their differences are contrasted.

Part 9 describes initiation as both an expansion of consciousness and an assumption of more responsibility in service to humanity. The importance of shifting from absolute thinking to a relative and incremental thinking process is emphasized.