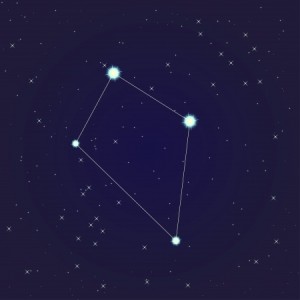 ~ The Third Ray of Active Intelligence ~

The sign of Libra has historically been associated with relationships, the need for balance, and a careful weighing of values. It is also a sign that supports the cultivation of human intuition and sensitivity to beauty and aesthetics. Yet when considering the rayological matrix from which these psychological attributes arise, it is the Third Ray, the Ray of Active Intelligence, which animates the livingness of Libra.

Libra has been closely tied to the legal profession as well, which is why it is symbolized as the scales—the scales of justice. When viewed from a higher perspective, however, the Libran scales are not just symbolic of societal jurisprudence, but are emblematic of the weighing of karmic law.  This is an important notion to keep in mind.  Indeed, Libra is the sign most associated with karma and its adjustment over time. As the underlying energy of the Sign of the Scales, it is not surprising, therefore, that the Third Ray has also been called The Keeper of the Records. It is the Ray that holds the intelligence responsible for keeping record of all karma, both individually and collectively considered.

Just as in the ancient past Egyptian iconography depicts for us the aspirant’s heart upon a scale, balanced against the weight of a feather, so too does Libra perform a similar task upon each of us. Regardless of whether or not it is accented in an individual’s personal chart, Libra still holds tremendous sway, particularly when one is consciously walking the Path on the long road to enlightenment.