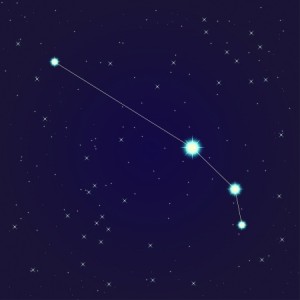 ~ The First and Seventh Rays ~

As the first zodiacal sign, it is not surprising that Aries is a carrier of the First Ray of Will and Power.  It is a sign that conveys willful energy and assertive intention.  Indeed, within the realm of mythological symbolism it has been associated with the warrior on the march.  These descriptions clearly point to the First Ray as the underpinning energy of this zodiacal force.  Yet to fully appreciate the unique evolutionary role of Aries, it must be understood that it is primarily a futuristic sign.  It cultivates within its human recipient the capacity to sense the new paradigms cresting upon humanity’s horizon, and to bring them forth with strength and certitude. Aries is therefore the sign most associated with a particular type of first ray expression—the will to initiate.

When on the Path, an individual strongly conditioned by the sign of Aries will meditatively sense the emerging archetypal blueprint (Seventh Ray).  From this recognition, an unbending energy of will (First Ray) then arises. This acts as the initiating force required in order to propel this new and progressive thoughtform into the mainstream of human living.  Over aeons of time, this has been the central role of Aries in support of humanity’s evolution.