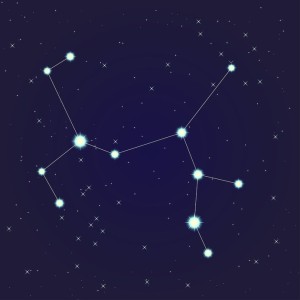 Over the course of history, various signs of the zodiac have had an amplified effect upon the evolution of human consciousness. Even now we are aware of this as we transition out of the Age of Pisces. Suggested by this is that Pisces has had a primary shaping influence upon human consciousness for the last two millennia. However, when we extend our timescale much further back into the distant past, the Sign of Sagittarius was particularly potent and influential during the Atlantean epoch, and its legacy is still with us today.

The most primeval symbol representing the sign of Sagittarius is that of the Centaur. Indeed, its origin is believed to be traced back to ancient Atlantean times. As a creature depicted as half horse and half man, it symbolizes humanity’s inability to discern its humanness from its animal nature. According to the mythology of Esotericism, such was the case for all but the most advanced initiates living during that distant time.

Yet today the symbol for Sagittarius is increasingly depicted anew, in that the man is now riding the horse and is no longer fused to it. Symbolic of the disciple, the rider is now able to differentiate the animal from the human within his or her nature, and to shoot his arrow toward a lofty spiritual vision. He then gets off the horse to pursue the aspirational arrow which is sent forth. Occultly considered, this symbolizes a profound principle when walking the Path, for when one is truly following a spiritual calling, it requires that he or she dismount the animal within.

Not surprising, therefore, Sagittarius is the sign that rules the entire animal kingdom. Prior to awakening to the soul, the animal instinct of the Sagittarian is usually pronounced, and sometimes even prized. Once the awakening to the soul has occurred, however, the internal contrast between the animal and the human becomes more distinctively discernible. Then it is that the Sagittarian begins to recognize that the animal appetites have a deflecting effect upon his/her spiritual quest. When the animal is dismounted, the Centaur then dies and the one-pointed disciple is given birth.