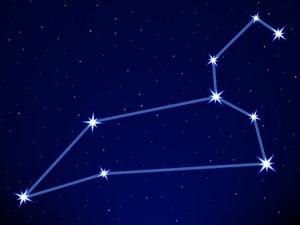 When we consider the emerging New Age, we normally think about it as it pertains to Aquarius.  Indeed, the forces arising from this Sign of the Water Bearer are believed to be the matrix from which human consciousness will evolve during the next two millennia.  Yet what is often overlooked is that the sign of Leo plays a pivotal role during this period as well. For the Sign of the Lion is located exactly opposite Aquarius upon the zodiacal wheel, and is therefore its essential companion.

It must be remembered that, as humanity traverses the Great Ages, it is not just the sign which should be considered, but the zodiacal axis that it rests upon. Leo and Aquarius are therefore profoundly and inextricably linked. As such, these two energies must cooperatively interface to ensure that a balanced evolution can occur. For example, Aquarius is the sign most associated with group consciousness, while Leo is closely related to individualism. Yet for group consciousness to rightly emerge, the integrity and respect for the individual must be equally retained and honored. If not, the forces of Aquarius can lead to undue forfeiture of individualism and liberty. In the extreme, this Aquarian distortion can lead to fascist tendencies, or even totalitarianism.

Aquarius is an energetic force that can lead humanity to recognize its unity — which is something sorely needed at this time in history. Humanity is awakening to the fact that our collective survival is governed by our capacity to work together for the common good.  Aquarius offers such a possibility. Yet Leo must also be rightly integrated into humanity’s understanding of the future.  Collectively speaking, we must learn to see ourselves as a unity (Aquarius) while continually recognizing the sacredness of our individuality (Leo). In essence, this is the true mandate of the new and dawning age.

If you found this interesting, you might also like a previous
post entitled Leo – Discerning the Double Lion, or view an introductory video
series entitled, The Art of Becoming the Soul.