Cancer – Governed by Principle of Foundations 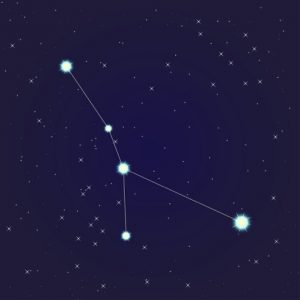 ~ Governed by the Principle of Foundations ~

As the first of the water signs, Cancer has a particular influence upon an individual’s emotions.  Traditionally, it is believed to heighten one’s emotional sensitivity, as well as to awaken the sense of nurturing love within the human heart.  The esoteric philosophy would likewise agree.  Yet the sign of Cancer has an important relationship to the physical dimension of life as well, for it is a zodiacal force governed by the Principle of Foundations.  Understanding how this sacred principle acts as the underlying matrix of Cancer requires that we consider it within the context of the previous three zodiacal signs (Aries, Taurus and Gemini), and how they symbolically (and sequentially) contribute to giving form to Life.

To begin, remember that Aries gives rise to the impulse to manifest.   Whether we consider the incarnational urge of a human being, or the desire to manifest a new and progressive idea, the will to initiate is the hallmark of Aries.  The next sign, Taurus, contributes by then adding emotional warmth and magnetic appeal to that which Aries has sent forth to manifest.   Venus, as the planetary ruler of Taurus, facilitates this process.  Next comes Gemini’s contribution—the sign that governs the etheric body, thus providing the energetic scaffolding upon which the dense physical form can be built.  Finally, the descent of Life reaches the physical plane via Cancer, thus giving birth to physical incarnation.

Herein is the clue to why, archetypally, Cancer is related to the physical realm.  As the fourth sign of the zodiacal wheel, it emphasizes the grounding of life into physical form, thus providing the foundation for incarnated existence.  It is therefore not surprising that in the esoteric literature Cancer has been called the “gate into incarnation.”  Again, this is symbolically true whether considering the incarnation of Life, the emergence of a new social pattern, or the birth of an innovative idea.

Essentially, the Principle of Foundations is the divine matrix that underlies and shapes the consciousness of the Cancerian.  The spiritual purpose of such a person is to therefore act as a wise and loving foundation in the midst of a world in need.  In truth, spiritual service is best facilitated when the Cancerian disciple becomes a reliable support for the growth, nurturance and well-being of others.

If you found this interesting, you might also like a previous
post entitled Cancer: A Home of a Larger Kind, or view a video
seminar entitled, The Solarized Mind: The Soul and its Angelic Companion.