The Causal Body – A Treasury of Priceless Value 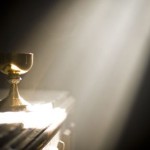 ~ A Treasury of Priceless Value ~

There is nothing more valuable than that which is contained within the causal body. In addition to being a hidden sanctuary deep within (as discussed in a previous posting), the causal body is the repository of wisdom that an individual has earned through the lessons learnt over countless incarnations. Often without realizing it, when making reference to “soul consciousness” we are actually speaking of the content of the causal body. Given this, it can be seen that this container of soulful wisdom is truly a treasury of priceless value.

We are given to understand that the emergence of the human kingdom took place millions of years ago during the Lemurian epoch. At that distant time, nascent man arose out of the animal domain, and a new kingdom of nature began to take form—the human kingdom. You may ask, what was the underlying reason for humanity’s birth? The answer relates us to the topic at hand, namely, the emergence of the causal body.

Out of the collective consciousness of the highest animal types, individual causal bodies began to form during that distant time. This is referred to as the period of individualization, and marks the commencement of the fourth kingdom in nature—the human. Deep within animal man, this new instrument of awareness and perception took shape. And, through its influence, early human beings began the journey toward developing their individual minds beyond animal instinct.

At the time of individualization, the causal body was akin to a newly constructed library without any books on its shelves. Yet through the struggle to survive in those early days, mental understanding and wisdom was slowly developed and stored in this hidden container, deep within. Thus, over countless millennia, this inner treasury has been accumulating its divine wealth. For those who are today consciously walking the Path, the wisdom and experience stored within their causal bodies is vast and continues to accrue. Indeed, the measure of precious content contained within it defines where one stands upon the Path to Enlightenment.