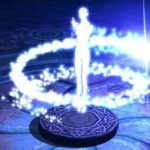 Alchemy has long been understood as the forerunner to modern day chemistry. Originally it was founded on the belief that through chemical and mystical processes various substances could be transmuted into precious metals—such as lead into silver or gold. Yet, when we consider this alchemical premise from an esoteric perspective, it becomes clear that it has a much deeper meaning and application, for it relates to the transformation of human consciousness leading to enlightenment.

The spiritual journey is rooted in the understanding that the soul is one’s true identity, and that the role of the personality (ego) is to simply be the outer servant on its behalf. In truth, the journey to enlightenment is based upon our ability to transform the personality so that it willingly yields to the soul’s downward gaze and intuitive promptings. This is the esoteric significance behind the ancient science of alchemy. For enlightenment to occur, the personality must be alchemized. Through the fiery process of purification, the personality is gradually transmuted and, in this way, becomes a cooperative agent in support of the soul’s creative intention. Herein is found the meaning behind Spiritual Alchemy.

In addition to its role as a force that transmutes the personality into an instrument through which the soul can express, Spiritual Alchemy has another application worthy of note. Broadly considered, every human soul seeks to be a creative agent in support of humanity and its upliftment. Indeed, within the soul is an instinctual urge to serve, and by so doing, support the betterment of something beyond oneself. In the nomenclature of Esotericism, this is sometimes called the Art of Spiritual Magic and is truly an alchemical process.

Spiritual magic is based on the art of weaving new and progressive ideas into the fabric of humanity’s collective consciousness. Such soul-inspired ideations, when applied wisely, act as a catalyst that can gradually transform various outworn attitudes and perspectives held by society. This too is a form of Spiritual Alchemy. It is to give expression to new and evolutionary ideas that have a transmuting effect upon the conventional thoughtforms that hold humanity in thralldom.

Every human soul is destined to be a spiritual alchemist in service to humanity. Essentially, the soul within each of us is compelled to be a transforming agent in support of humanity’s evolution. Through the combined alchemical work offered by spiritually inclined people around the world, humanity is gradually transformed from its lower nature into something higher, wiser and more precious. To the alchemist of the Middle Ages, the aim was to transform base metals into gold. Yet to the spiritual alchemist, it is to usher humanity into a new and dawning era—a Golden Age.

Looking for Something Special?