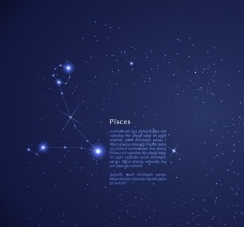 Pisces is the zodiacal sign through which the compassionate nature of the One Life (God) finds its greatest outlet of expression. As the conveyor of pristine love, Pisces is a wellspring of empathetic warmth. To those for whom its energy holds sway, it conditions the heart with a profound sensitivity to the sufferings found within society. From this emerges a compelling urge to find remedy to such pain. Indeed, the spiritual call of the Piscean disciple is often to bring love and light into dark places—those societal circumstances where human despair, helplessness and hopelessness reign. It is therefore no wonder that Pisces has sometimes been called the Sign of the Saving Force.

When viewed through the lens of Esotericism, love is a living energy that is qualitatively different according to the sign it radiates through. For example, in Cancer it reveals itself as the urge to nurture, while in Libra it is best recognized as harmonizing love. Yet, in Pisces, this divine energy most often reveals itself as sacrificial love. The Piscean disciple will normally have a deep and profound love for humanity and will sacrifice much of his or her personal needs in order to lend aid, particularly on behalf of those most victimized by the imperfections of human civilization. They therefore commit their lives to providing lovely assistance to those entrapped within humanity’s underbelly and its plight.

Because humanity is in the transitional period between Pisces and the dawn of the Aquarian Age, some will say that Piscean consciousness must now give way. Though there is a measure of truth to this notion, it is wayward to be overly sweeping in this claim. It is true that Aquarius could herald the emergence of a golden age, but only if the best and highest expressions of Pisces are integrated into it. The mental development cultivated by Aquarius must be fused with the saving force that Pisces has given to us. Sadly, if such is not the case, the Aquarian Age will merely be synonymous with a dark age.