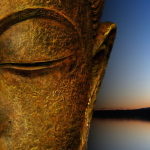 Many incarnations pass between the first and second initiations. It is a period when the disciple feels inwardly called to spiritually render service to humanity, though certainty as to the soul’s purpose is only partially sensed. Nonetheless, the fullness of his/her commitment to soulfully live and serve continues to mount. During this period, much of the developmental work is directed toward transforming the emotional body so that it can rightly support the creative intention of the soul.

The second initiation is considered one of the most arduous and difficult. Much of the challenge pertains to the question of emotional desire and its directive power in the disciple’s life. There is a growing recognition that one’s desires have become psychological barriers that have a distorting effect upon the soul’s downward gaze. This pertains to all personality desire, though particularly those associated with one’s cherished ideals. In their own right, ideals are sacred. Yet, when a strong emotional investment accompanies them, our prized ideals become a hindrance. The solution always involves detachment from such desires, but without an ounce of repression in the process. Rather than pushing away the personality’s desirous urges they must be transformed into spiritual will.

Essentially, the second initiation requires that the soul become masterful of the watery sheath of the personality—the emotional body. Viewed metaphorically, at this initiation the disciple must be able to “walk on water.” That is to say that the candidate must demonstrate the capacity to inwardly hold him/herself above the watery dimension of the personality (emotional body) and no longer drown within it. When this is the case, the indwelling-self (soul) then has the ability to use emotion and no longer be used by it. The second initiation does not give rise to this ability, but is the consequence of it. Initiation marks a point of attainment but does not bring it about.