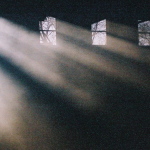 – An Introduction to Spiritual Initiation –

Spanning countless lives, the journey to enlightenment is certainly slow and incremental. Yet there comes a moment (in some particular incarnation) when the soul is sensed for the first time. Having occurred, an individual’s growth and development will forever be changed. The soul is consciously recognized and experienced deep within. From that point forward, the urge to find ways of fully expressing it becomes the propelling incentive of life. And, in time, the individual consciousness becomes rightly staged and entrance into the regime of Initiation can then commence.

Viewed from a multi-incarnational perspective, initiations are understood as milestones to enlightenment. Each indicates that a measure of mastery has been achieved between the soul and its outer garment, the personality. Essentially, each initiation indicates that an aspect of the personality has yielded to the soul’s control and guiding influence.

Remember always that the soul needs an effective and cooperative personality to do its bidding in the outer world. Yet this can only occur as the personality gradually shifts its mode of being from that of a self-serving ego to one that has proven its allegiance to the soul and its desire to serve the Greater Whole. There are five initiations required to fully traverse the gate of enlightenment. They are named as follows:

As can be readily seen, these names have particular relevance to events in the life of Jesus of Nazareth. Though certainly true, the study and understanding of initiation should not be associated with Christianity, per se. These names are symbolic and metaphoric. They simply reveal the stepping stones that led Jesus to full enlightenment. Most importantly, these initiations have relevance to spiritually committed people of any religious persuasion, as well as to those who have no religious bias whatsoever.

As this point, it would be well for me to emphasize that these initiations take several incarnations to complete. Predictably, people new to the subject will frequently misjudge the status of their development, usually resulting in overestimation. There are others who wrongly believe that if they are truly dedicated to their spiritual growth, many (if not all) of the initiations can be achieved in a single lifetime. Such is simply not the case. The ladder of evolution is steep, and there are several arduous steps involved in its climb. Indeed, enlightenment must be earned through the crucible of inner work, purification and self-mastery. It requires several incarnations for the soul to completely infuse its nature and authority into the personality. In short, there are no shortcuts on the path to enlightenment.

In the future, several blog entries will be directed toward the elaboration of each of the initiations. At time point my hope is that through this article, and those that will follow, the reader will have a better understanding of the incremental nature of the Path, as well as where he or she rightly stands upon the long ladder of evolution.