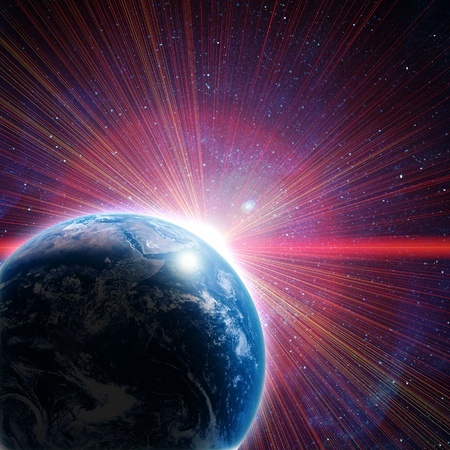 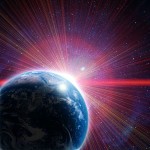 ~ A Being Worthy of Reverence ~

Whether through the eyes of the scientist, theologian or the man on the street, the Sun is viewed as the most powerful life-giving structure within our solar system.  Indeed, it is the central force that makes possible all manifestations of life on this planet.  Yet few there are who understand that the Sun is more than a gaseous orb ablaze through the physics of nuclear fusion.  For when considered from the occult perspective, the Sun is understood as a Cosmic Being whose life force extends to the circumference of its most distant orbiting planet.   In the nomenclature of the Esoteric Philosophy, this entity is referred to as the Solar Logos.  And, when considered from a purely human perspective, is simply another name for God.

To understand our relationship to the Solar Logos requires a hylozoistic framework of thought.  This tenet states that every unit of life is nested within the beingness of a Greater Life.  Given this, a human being could be viewed as a cell of life within the Solar Logos.  This principle suggests that God is not something to see as external to oneself.  Instead, each of us is a spark of life projected from the one flame—the Solar Logos.  Needless to say, seeing our relationship to God in this way is both a humbling and joyous perspective at once.

When pondering human history, it is not surprising that so many ancient cultures were oriented toward sun worship.  Whether considering Apollo of Greek mythology, Ra as the sun god of ancient Egypt, or Odin of Scandinavian descent, the divinity of the Sun is deeply rooted in our historical past.  Indeed, it is this author’s belief that the livingness of the Sun must again be re-emphasized worldwide, particularly within those cultures rooted in Abrahamic religious tradition.

Because the Solar Logos is the central force of life within our solar system, it is well to view this stupendous entity with divine reverence.  And, while holding such a feeling, remember that we are each units of consciousness within its beingness.  Therefore, to pay homage to the Solar Logos is to see the inescapable sacredness of oneself in the process.