Seventh Ray: The Keeper of the Magical Word 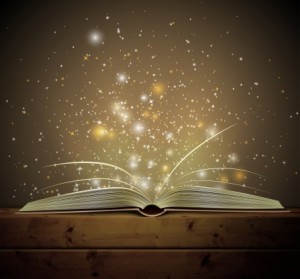 – The Keeper of the Magical Word –

Bringing heaven to earth is the fundamental urge evoked by the Seventh Ray. As the governing energy underlying the physical plane, this beam of light inclines us to ground the love and wisdom we inwardly sense. Because of this, the Seventh Ray has been closely tied to practical mysticism. It conditions an individual to meditatively touch the subtle heights of consciousness while simultaneously keeping his or her feet firmly planted on the ground.

The Seventh Ray is also the divine force supporting the art of white magic. Using the nomenclature of esotericism, magic is simply the term used to denote the process of bringing intuitively realized ideas into outer tangible expression. Indeed, it is the art of creative manifestation and the Seventh Ray is the energy that facilitates this. Though spiritual creativity comes in many forms, it is the creative use of language that is the most powerful. The consciousness of humanity evolves via the ideations communicated through the spoken and written word. Generally speaking, seventh ray disciples are naturally adept in this regard. Is it any wonder, therefore, that one of the ancient names for this sacred ray is The Keeper of the Magical Word?

Because this energy has an intimate connection to the sign of Aquarius, it is true to say that humanity is entering into a great seventh ray era. As a building ray, it is helping us to realize new and practical ideas that support the restructuring of civilization and human interaction. Globally considered, the Seventh Ray is responsible for humanity’s awakening to our intimate relationship to Mother Earth and our growing commitment toward environmental protection. It is the energy that underpins the development of those economic, political and social structures that will help humanity to establish right relationship with the larger living systems of which we, individually and collectively, are constituent parts.