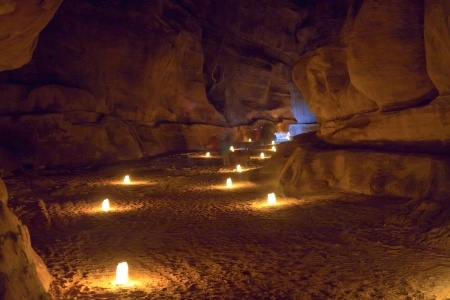 You never really die. Deep within each of us is a safe haven where all our challenges and fears vanish from view. It is a place of profound peace where the assurance of one’s immortality can truly be felt. As conveyed in the Esoteric Philosophy, this place is often referred to as the causal body—the internal vehicle that contains the consciousness of the human soul. When, through meditation, one makes entrance into this sacred place, s/he receives a glimpse of eternality, for the causal body is what migrates from one incarnation to the next. Death is then known to be an illusion. With this understanding it can truly be said that the causal body is a Hidden Sanctuary residing within each and every one of us.

The causal body is the storehouse of wisdom that an individual has garnered over countless lives, and is the abode where the highest form of love can be inwardly sensed as a part of oneself. Yet, this hidden sanctuary is more than this, for it is also the place where one’s higher identity resides. Often called the Higher-Self, this dimension of identity is ever present. However, the lower-self (personality) is the layer of consciousness through which identity tends to most often be focused.  The personality is that part of one’s sense of self that is identified with concrete thoughts, emotional experiences and the physical body. And, just as death is an illusion, so too is the personality, at least when considering it as a legitimate indication of one’s true identity. Personality consciousness is temporal, while the consciousness contained within the Hidden Sanctuary (causal body) is eternal.

Unless an individual is well on the Path of Discipleship, entrance into the causal body is fleeting, normally only occurring during dreamless periods of sleep, at the time of death, or when in deep meditation. Yet it shouldn’t be assumed that the gifts hidden within it are unavailable to us. During the day-to-day aspects of life, this Hidden Sanctuary seeks to radiate its love and wisdom through the personality. Depending upon the personality’s measure of purity and its receptiveness, such emissions can be exquisitely felt by the lower-self. Experiences such as feelings of lofty ideals, selfless love, and those rare moments of epiphany all give testament to the soul’s radiation working through the personality.

There is great comfort and relief in the knowledge that the causal body is home to the highest features of one’s consciousness, and that these attributes perpetually carry forward from one incarnation to the next. In truth, this Hidden Sanctuary is equivalent to a personal heaven of sorts. To fully live within it is to discover who you truly are, and to know that you are deathless.