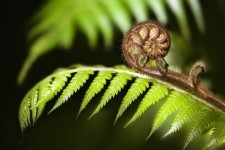 Over the years I’ve found that an understanding of essential principles is the clue to grasping the depth and profundity of the Esoteric Philosophy. Of the many laws and principles that it heralds, it is the Hylozoistic Principle which is most essential to apprehend, at least in my eyes. Due largely to its all-encompassing scope and embrace, I have found that an understanding of this tenet sheds much light on many aspects of esoteric wisdom.

To rightly comprehend this spiritual precept, it is important to recall the Primary Principle. Essentially it asserts that, in the universal sense, all things (visible and invisible) are part of a living singularity. In the esoteric vernacular, this universal singularity is called the One Life, though the religions of the world call it by other names—such as God, Allah, Brahma or Universal Intelligence. For reasons we cannot fathom, the One Life manifests itself into (and as) cosmos. This is the basis of hylozoism, also known as the chain-of-life. Hylozoism doesn’t simply suggest that the universe is the product of God’s creative endeavor. Rather, it maintains that the universe, and all that it contains, is the outermost extension of God.

When fully considered, this tenet suggests that the distinction we make between organic and inorganic is fallacious. If indeed the universe is the out-pictured expression of the One Life, as the Primary Principle suggests, then how could anything in existence escape the embrace of that One Life? Even the stones we walk upon must be teeming with life if we could but recognize it. The scientific distinction between organic and inorganic is therefore arbitrary, for we, as human beings, don’t even know what life is.

Humanity’s perception of life is limited because we only understand it once removed. At humanity’s current stage of consciousness, our capacity to understand life is only derived from our observations of it. We recognize and appreciate life by its measurable tendency to animate form. From this we then say that one form is living while another is not. However, if the entire universe is the manifestation of the One Life, then it logically follows that there is no place where life is absent. Esoterically considered, all things are alive. Our belief in inorganic forms does nothing more than demonstrate humanity’s inability to recognize life beyond the animation it can bestow upon substance.

The Hylozoistic Principle states that every unit of life is a cellular component within a vaster living entity. Essentially, all categories of life are nested within larger expressions of Life, ad infinitum. Whether considering the life that animates a blade of grass, the animal in the forest, a human being, or the life that gives form to the entire solar system, all manifestations of life are constituent parts of a more expansive and embracing Life.

To highlight this, let us first consider a human cell. From the esoteric perspective, a cell is considered a unit of life. Though admittedly its consciousness is infinitesimal, it is nonetheless viewed as a living entity. Yet it is merely a cell situated within a greater entity called a human being. But we, as human units of life, are simply cadres within a vaster unit of life called Humanity. Esoterically considered, the human kingdom is understood as one being. And, just like an individual human being, it too has a soul and also a personality.

When carrying the hylozoistic principle further we understand that the human kingdom is a nested layer of consciousness within the Planetary Logos—the living entity that ensouls the Earth and all the kingdoms of nature that manifest upon it. Yet the Earth is only a unit of life within a more immense being called the Solar Logos, the entity that animates the entire solar system. On and on this chain-of-life continues leading back to the ultimate abstraction …. the One Life itself.

Again let me say that this principle is a central tenet when trying to learn and understand the esoteric view of life. Whether discussing spiritual initiation, the process of soul/personality fusion, or methods of occult meditation the hylozoistic principle can greatly deepen one’s grasp and appreciation of these fascinating topics, and more.