The Tragedy in Connecticut 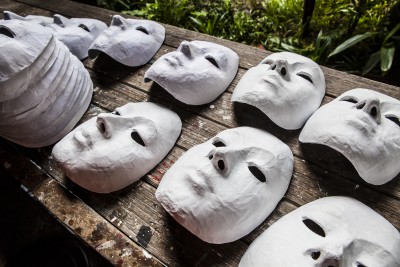 The Tragedy in Connecticut

As we learn more and more about the painful tragedy in Newtown, Connecticut, it is hard to fathom how such a horrifying event could transpire. Such profound disregard for the sanctity of human life leaves all of us engulfed by feelings of utter shock, bewilderment and disbelief. On the heels of this there comes a natural impulse and urgency to find explanation/cause for it and to intervene so as to help ensure that such inhumaneness will never occur again. In addition to the trauma felt by the masses, members of the New Group of World Servers (NGWS) have been deeply pained and seek spiritual explanation and solutions. The anguish felt by the families who have lost children in this dreadful event reach to the hearts and souls of every member of this globally dedicated group of servers. Indeed, they feel a soulfully defined empathic response, as if the pain of those immediately affected is their pain. This is a natural and rightful experience, in that inherent in the life of discipleship is a deep and abiding recognition (experientially known) that we are all inwardly One. Given this, the sorrow of one is felt by all.

To gain understanding of what has transpired, it must be realized/remembered that humanity is in the middle of an enormous transition….both from an astrological perspective (Piscean to Aquarian Age) and a rayological shift (6th to 7th Ray Age). Because these two energetic forces of change are occurring simultaneously (which is not usually the case), the struggle between the old and new orders become amplified to nearly unbearable heights. This can be readily seen when considering the political and social dynamics in the USA at this time. The degree of polarization is astounding, and indeed, frightening. These polarized perspectives can be discussed in many ways, but essentially they are rooted in a battle between the past and future, or stated more occultly, between the thoughtforms of old in opposition to the evolutionary ideas which are cresting upon the consciousness of progressive humanity and the NGWS.

Though we could consider this tragedy as symptomatic of an array of societal and psychological problems capable of producing the deranged consciousness of the perpetrator, my comments are here directed to political and social biases that seem to be foundational to this problem. When considered in the context of the Sandy Hook shooting, we can clearly see it as the out-pictured effect of conflicting political/societal thoughtforms centered on the question of gun control.

It is crucial for us all to remember that the political forces supporting freedom of gun ownership versus those of gun regulation and control are the manifestation of oppositional thoughtforms. And, in the case of gun freedom, those thoughtforms are strong and dearly held by those who identify with them. Always older thoughtforms will be stronger than the new, at least in the initial phases of change. This is because old ideas have the historical advantage, in that they have been a conditioning force for decades (sometimes centuries) and therefore strengthened and reinforced over time. When considering the issue of gun control, this conflict is fueled by the notion that the 2nd Amendment of the US Constitution specifically grants ownership of guns as a right of citizenship. Yet keep in mind, the US Constitution is also a manifestation of a series of thoughtforms that were used to frame the foundational principle of US society at the time of its founding. Not surprising, therefore, its conditioning effect on the collective consciousness of America has been profoundly enduring.

Viewed from a broader perspective, the problem is not simply related to the conflict between old and new paradigms pertaining to gun ownership in US society, but a tendency within human consciousness to see ideas as fixed and eternally true. Given the nature of life and circumstance three centuries ago, the founding fathers of the US rightfully saw the need for gun freedom as an insurance against tyranny. Yet today’s great challenge is to see that the maturation of civilization is governed by society’s relationship to ideas and the evolution of those ideas over time. When we don’t recognize that ideas evolve, we become entrenched in a habitual relationship with that which has actually been outlived. Such is the case when considering the right to bear arms. This is a thoughtform created centuries ago; it is no longer relevant to where we, as a society, are today. As I have often said in my teaching work…”that which is a temple today shall become a prison tomorrow.” This is precisely the case here……the collective consciousness of the US is imprisoned by its relationship to a thoughtform that advocates the unconditional right to possess firearms.

Because humanity is governed by the Fourth Ray (Ray of Harmony through Conflict) we must ever recall that crises are an inherent feature of life evolving through the human kingdom. Because of the dualistic nature of human consciousness, we are prone to evolve in such a way that the new and higher aspects of consciousness are drawn into conflict with the lower….and through this….the transformation of the lower eventually ensues. In this regard, all major evolutionary steps humanity faces have a burning-ground that has to be trodden before significant evolutionary change can occur. This is particularly true when larger transitional forces (as mentioned earlier) are simultaneously present. As I personally consider this issue, I truly hope that the collective anguish we all feel surrounding the Sandy Hook shooting has reached a height of societal pain and outrage that the outdated thoughtforms surrounding the right to bear arms can finally be relegated to the dust heap of history. We shall see. The outcome will become evident in the next few weeks or months.

It may well be asked, what is an effective response to the tragic events that have unfolded in Newtown, Connecticut, particularly by members of the NGWS? My answer to this is twofold. First and foremost is that we each day hold a meditative stance in support of the families and people most deeply affected and heartbroken. The loss they feel exceeds what we can imagine. As such, to meditate in support of their healing and upliftment has incalculable benefit to them. Such meditation should be done in the spirit of Christ-like love, and a commitment to project this love into the world as a force that has the power to mend and heal the human heart.

My second recommendation is directed toward the plight of humanity as a whole and its tendency to be overly attached and imprisoned by the ideations of the past. It is to dedicate oneself to being a voice and advocate of new and progressive thoughtforms, knowing that our individual minds each contribute to the collective consciousness of humanity. The more we can think and give expression (verbally, attitudinally and behaviorally) to the paradigms of the future, the sooner these evolutionary thoughtforms will reach a critical mass ….thus shifting the collective in favor of them. The NGWS is the vanguard in this regard, and can lead humanity into a new and dawning age. This process is one that can and should be done within the rhythm of one’s meditative life, but is also carried forward attitudinally into the fabric of his/her daily actions.

It is often said that “we live in interesting times.” To me this notion is profoundly inadequate, for it doesn’t rightly convey the gravitas of the times. Though the nature of this message has largely centered on the events at Sandy Hook School and its relationship to gun control in America, this is simply one of countless pressing issues that humanity faces. Around the world, and in every country and culture, a battle between the thoughtforms of the past and future is being waged. Much is as stake and humanity’s very survival is in the balance. May we all therefore rededicate ourselves to the inspirations of the soul and the intuitive/cognitive promptings that they convey. In this will surely be found truth and certainty of effort, for the soul is always in alignment with the Soul of Humanity and its next evolutionary unfoldment.

In the Spirit of Rededication and Service,