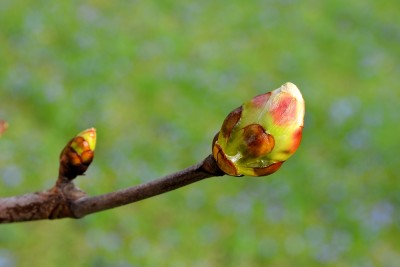 Humanity is on the verge of unprecedented crisis and change. In every country there is a rising tide of fear as we witness our economic and social institutions seemingly fail. To many people, the world predicament feels hauntingly ominous and even insurmountable. Yet, it must be realized that this is not a crisis that foretells the end. Instead, it is the antechamber to a new beginning. For the first time in history, the Soul of Humanity is awakening.

The awakening of the Soul of Humanity can initially be recognized in many ways. For example, due to the advent of the internet and global communications, we are able to witness the many rich and diverse expressions of human culture at every corner of the globe. This has been a great gift. Through it, our commonality is more easily seen. It has helped us recognize that, while cultural differences can be wide and varied, fundamental human needs and desires are essentially the same. We all yearn for happiness, peace and the opportunity to grow, and we want to see our children experience joy and prosperity as well. This is true regardless of differing cultural or socio-economic backgrounds. Realizing this is important. In this way, we begin to see ourselves within others—which is the first step in the recognition of humanity’s essential oneness.

An acceptance of humanity’s oneness is the first step in trying to navigate through the global crises we currently face. Of course, the idea that we are one is not something new. It has been a tenet advocated by world religions for uncounted centuries. Usually our oneness is rooted in the commonality of being human, yet this is only the first phase in its recognition. We must understand that we are not just one in kind, but more importantly, we are one in essence. Beyond (and behind) the sameness of our human experience there is an inner dimension where we are fused as one soul—the Soul of Humanity. This collective soul can be understood as a transcendent unified consciousness overshadowing the entire human family. And it is this that is awakening from its long historic slumber.

Humanity’s soul is awakening, and is learning to see itself through the numerous garments of its external expression. These garments manifest as cultural and racial differences, religious variations, and socio-political distinctions throughout the world. Each is an aspect of the Soul of Humanity as it incarnates itself in (and as) the human condition. In this regard, it is oneness manifesting through diversity—the one becoming the many. Looked at esoterically, it means that humanity, as a single being, is learning how to recognize the many parts of itself. Herein is found an essential clue to recognizing humanity’s collective soul. It is through an appreciation of human diversity that inner unity can be sensed. Contrary to conventional thought, our oneness is not recognized through ethnic or cultural similarities, but instead via the richness of our differences.

The Duality of Social Systems

To sense the Soul of Humanity requires that we examine the nature of the many social systems used by a culture and civilization. Though we typically consider government, the arts and science (to name just a few) as institutions designed to facilitate various societal functions, they are actually much more than this. Social systems must be understood as living beings. They are living categories of human thought evolving over the vastness of time. Each provides humanity with an essential ingredient in support of its evolution. And, just as a human being has a higher and lower nature, a soul and personality, so too do the social systems used by every civilization and culture throughout the world.

An understanding of the livingness of social systems is essential when considering the many crises facing humanity today. Indeed, the difficulties we now face stem largely from the inadequacies of many of our social institutions. While this is true, we often cast the net of blame too broadly, not realizing that social systems are dual in nature. We overlook the fact that they are living entities in their own right, and that they have both a soul and personality. At times of crisis, we tend to only see the worst of our institutions and their failures, forgetting that it is only the lower nature (personality) of an institution that is the culprit.

World Crisis and the Burning Ground

From a certain perspective, world crisis represents the out-pictured state of humanity’s consciousness. For the first time in history, the Soul of Humanity is deliberately seeking expression through our collective personality,en masse. This can be recognized by the fact that, around the world, more and more people are beginning to sense the need to live by a higher set of values. It is an awakening to a spiritual dimension deep within—a loftier potential. These values are the promise of the future, and are being planted into the minds of people by this greater soul.

Paradoxically as this awakening begins, many dark aspects of consciousness, hidden within our collective personality, tend to resist the soul’s downward gaze. This accounts for the rise of such things as spiritual intolerance found within various world religions, the shameful motives that drive many business tycoons and the unscrupulous practices of assorted governments around the world. These are symptoms of radical change. They are the shadowy aspects of our collective consciousness rising in defiance of the Soul of Humanity, as that soul seeks to infuse a higher set of values into us. When society’s higher consciousness is inwardly recognized, we immediately become aware of various attitudinal and psychological traits that seem to prevent it from fuller expression. Stated metaphorically, when the door to the soul is discovered, the devil is found standing in front of it.

During the last several years, we have seen the worst of human nature becoming more visible to us. We have witnessed unparalleled corruption within our economic and business structures; we have seen dark and primitive behaviors violently express themselves through fundamentalist theology; and we have observed blatant genocide in Africa and elsewhere. At first glance, it is easy to conclude that humanity is on a path to self-destruction. Yet this is not so. We are not witnessing the end of civilization. Instead, humanity has entered a crisis period that foretells of a promising future. Again, it is the devil poised in front of the door of opportunity.

Collectively we have entered what has been called the burning ground phase of our evolutionary journey. This is a period of painful adjustments. Yet, at the same time it is ushering humanity into a more enlightened era. You may ask, what is arousing humanity to traverse this fiery burning ground? It is the Soul of Humanity seeking expression through the nations of the world and the social institutions that we utilize. Indeed, we are awakening to our collective soul. The crises we face are caused by the shadowy aspects of our collective personality arising in defiance. The difficulties now playing out on the world stage are therefore predictable. Fundamentally, it is a developmental pattern woven into the evolution of human consciousness itself. Darkness naturally emerges before the dawning hour. Wise optimism is therefore well founded.

As human consciousness evolves, we are beginning to understand that the means to navigate through world crisis requires that humanity’s essential oneness be recognized and lived. This we can certainly do, but it doesn’t come without a price. It must be earned. Proclaiming that humanity is one is not the same as living it. The key to understanding this moment in history is to realize that the human kingdom evolves through crisis, not by trying to avoid it. It is through the resolution and harmonization of our differences that our oneness will truly be sensed and lived. Crisis is therefore a prelude to all expansions of consciousness. Indeed, evolution demands that this be so.

The larger question to be asked is what can we do to support the Soul of Humanity as it seeks to externalize itself? There are a few suggestions that can be offered. First, be an advocate of pluralistic ideas. Initiatives based on multiculturalism, ecumenicalism, and egalitarian ideas are specifically oriented toward bringing divergent perspectives together. Each seeks to create an amalgamation, and therefore supports humanity’s oneness through an honoring of diversity. Realistically speaking, because of the complex nature of modern civilization, it is only through diversity that we have any hope of uniting as one.

Secondly, begin to see nations and social systems as dual, each having a higher and lower nature, a soul and personality. This is an essential step in order to discern the soulful qualities arising from people and circumstances versus those that are impulsed by the personality. Life takes on new meaning when you can see this duality expressing through world events. It is a process that involves looking beyond the outer form (personality) in order to sense the golden thread of truth (soul) that it conceals. This is made easier when we remember that no person, institution, or nation has found the Truth, but each has found a piece of it. Herein is a philosophic truism of enormous import.

Finally, move away from the tendency to see things as right or wrong, good or evil. When we are able to perceive the duality of people and events, we begin to see that nothing in the world is purely good or purely evil. Instead we start to realize that everything is a mixture of both. The question to be asked is not what is right versus what is wrong? Instead we should be asking ourselves, what is the proportion of light and dark playing out within a particular person, nation or circumstance? From such a perspective, wiser decisions can then be made.

Humanity has entered a major crisis period on the road to enlightenment. We are confronted by enormous challenges that have staggering implications for all people and nations throughout the world. Yet it is not a time for fear and despair. Rather, it is a period of testing and adjustment needed in order that we may move forward into a more enlightened existence. The Soul of Humanity seeks greater expression in the outer world, and is forcing our lower tendencies to the surface so that they may be seen and transformed. As such, we are walking across the burning ground toward a door beyond which is found a dawning age of opportunity and promise. Yet, to walk through that door requires that we do so arm-in-arm. At times of global transformation, peril and opportunity always emerge as companions.