The Eye of Vision 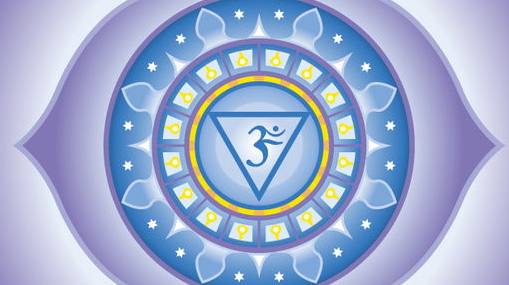 The Eye of Vision

As human beings, vision is considered the most vital of the five senses. The ability to see is so much a part of the human experience, that to lose it would be a devastating blow to most of us. Indeed, when people are asked which of the five senses they would least be willing to forfeit, vision invariably ranks at the top of the list. Without hesitation, it is vision that dominates our perceptual experience. Yet, as we begin to consciously live a spiritual life, a new form of “seeing” slowly emerges. It is a subtle sense, and is related to the soul as it begins to open its Eye of Vision.

The Eye of Vision is an aspect of the so-called third eye. When it is opened (at least partially) an individual begins to perceive a deeper reality, as compared to what the five senses can offer. It is a type of seeing that goes beyond the perception of form. Instead, it provides perspective into the energy, truth or pattern underlying form. The word “insight” is quite useful when trying to describe the nature of the soul’s method of seeing. The Eye of Vision conveys insight (sight that is inward) into the subtler realities of life. Unlike our normal vision, it sees the deeper nature of a thing, rather than just the thing itself.

In the Esoteric Philosophy, all forms are understood as the out-picturing of qualities or energies. Qualities such as love, intelligence, will and devotion are a few examples of spiritual energies (qualities) that underlie form. Indeed, there are countless more that could be mentioned. From a certain perspective, these qualities represent the soul hidden within form, and it is the Eye of Vision that is able to sense their presence. This is true whether we are talking about an object, a person, place or event. Each of these categories is an expression of form, and each has subtle qualities underlying them.

For example, when you see a person who is very devotional, it means that the quality of devotion is radiating through that person. This energy is subtle, and is a soulful force in outer expression. Such devotion could outwardly manifest in a relatively pure form, as through the life of someone like Mother Theresa. On the other hand, it could manifest in a distorted form, such as an individual who militantly (though devotedly) advocates Jihad. Devotion is the quality (soul) underlying both these examples, but its manifestation (form) can vary widely. And, most important to this discussion is the understanding that when we can sense the soul hidden within a form (whether its manifestation is positive or negative), it is the Eye of Vision that makes such perception possible.

It should be mentioned that the perception conveyed by the Eye of Vision isn’t necessarily visual. While ordinary vision provides images of form, the vision of the soul provides an impression beyond form, and is relatively formless. Most often it is experienced as an intuitional realization within the mind and heart. It is a seeing that transcends form, and is recognized in the mind as a deep understanding or spiritual knowingness. When the soul looks at the personality, it has the power to induce an intuitive realization, but only when the mind is receptive to its downward gaze. In short, the soul needs a personality that is attentive to its subtle impression.

The further a person is in the development of his/her consciousness (spiritually understood), the more open is the Eye of Vision. From this it can be understood that the eye of the soul is something that evolves over time. Often people believe that the third eye is fully open. At times this is true, but only for someone who is at the gate of enlightenment—a rare thing indeed. For those people who are committed to their own spiritual development and are awake to the soul, this eye is only partially open. Yet, a partially opened third eye is better than none at all. It still provides one with a deeper understanding of the spiritual dimension of life and circumstance. For the masses of people who have not yet awakened to their own inner divinity, the Eye of Vision remains latent and closed. Even so, it waits for the day when the personality is ready to recognize and receive its subtle gift.

One of the most important roles of the Eye of Vision is that it acts as a directional beacon in life. When a person is truly trying to live according the soul’s promptings, there emerges a feeling that life must be aimed differently. Often it is based on a growing recognition that the incentives advocated by society are no longer enticing. These incentives are frequently materialistic and primarily appeal to the personality. Yet, to be guided by the promptings of the soul is to live life in ways that seem antithetical to what others seem to encourage. Metaphorically, it is akin to swimming against the current.

For example, the desire for wealth, personality satisfaction, power and prestige are key motivators that shape Western culture and attitudes about life. Yet the pulling power of these incentives eventually wane as the Eye of Vision begins to open. Living life in a different way becomes a compelling urge. A sense of responsibility for the welfare of the larger whole (rather than following personality enticements), becomes the loftier motive that drives a person’s life. In this process, the desires of the personality give way to the vision and higher purpose conveyed by the soul. Movement toward enlightenment commences in this way.

When the Eye of Vision is operative, a new relationship to time begins to condition an individual’s consciousness. From the esoteric perspective, our perception of time is caused by the moment-to-moment shifts occurring within consciousness. At every micro-moment, consciousness is in a slightly different configuration. The result of this is the perception of duration and time. Yet, when the soul is contributing to one’s mental experiences, it imbues the mind with a different patterning related to time. One begins to view time in longer units. While the personality may be preoccupied with what is occurring in the next few days, weeks or months, the vision of the soul guides us to think in terms of years, decades and even centuries.

The vision conveyed by the soul always presents us with a bigger and deeper picture of life, events and circumstance. This expanded view can be understood in several ways. As mentioned above, our view of time is enlarged as the Eye of Vision conditions our perceptions. In addition, the soul offers us a vaster perspective regarding evolution itself. It helps us realize that all things perceived are slowly evolving.

Whether we are talking about human beings, societal systems or nations, each is understood as a living entity struggling to evolve toward a higher state of existence. Each has a soul (higher nature) and a personality (lower tendencies). Therefore, each is an expression of Life struggling to express itself through form, and doing so at varying degrees of purity and distortion. Herein is found a key to understanding how the Eye of Vision shapes perception. It helps us measure the disparity between form and the sacred energy expressing through that form. And, it is in this recognition that evolutionary status is ascertained.

Through the gaze of the soul, we are able to look beyond form to witness the Life (recognized as spiritual qualities) that animates it. While the two eyes of the personality see only form and events (and is attracted or repulsed by them), the soul sees the sacredness hidden within all form and circumstance. Yet the soul can only succeed when it is able to persuade the personality to suspend judgment. On its own, the personality is inclined to be separative. Because of this, it tends toward rapid evaluation of what it sees. This tendency blocks the subtle vision (as conveyed by the soul) from being registered within the mind.

Indeed, the greatest obstacle to the soul (and its vision) is the personality’s propensity to prematurely judge something as good or bad, right or wrong. This behavior arrests the deeper view offered by the Eye of Vision. Indeed, the soul’s vision vanishes when the personality rushes in to provide its judgmental decree. Changing this is difficult, to be sure. It involves slowly convincing the personality that it never sees the whole truth but only a piece of it. In addition, the cultivation of a loving and forgiving heart is also helpful in softening the personality’s urge to judgment. Over time, both of these approaches can provide it a needed sense of humility.

In this discussion we have seen that the Eye of Vision adds depth to human perception, particularly for those who have awakened to their inner divinity (soul). It gives insight into the truth lying behind the scenes, metaphysically understood. The vision of the soul is what guides us to live a new and different kind of life. It also helps us to see world events in a new light, and therefore, with greater wisdom. Through its gaze humanity’s oneness can be seen, and from such vision, a commitment to serve the larger whole ensues. In this way, the servant to humanity’s betterment steps forward.

William Meader is an author, teacher and counselor. Much of his work is focused on the subjects ofSpiritual Creativity, the Evolution of Consciousness and the Art of Meditation. At present he is teaching in the United States, Canada, Europe, Australia and New Zealand. He resides in Oregon, and can be contacted through his website at meader.org.